Clowns are constantly being shown to us in movies, sometimes as major characters (such as Pennywise in IT) but more often as smaller roles and even just flashes of subliminal imagery. This series, “Clowns in Film & Movies,” shows examples of this horrifying reality.

Today it’s Inside Out (2015). When the movie is literally in the 11-year-old girl’s head and mind and subconscious, what do the Emotions seek out to wake her up? A damn clown. Pixar knows good and well what frightens us all. 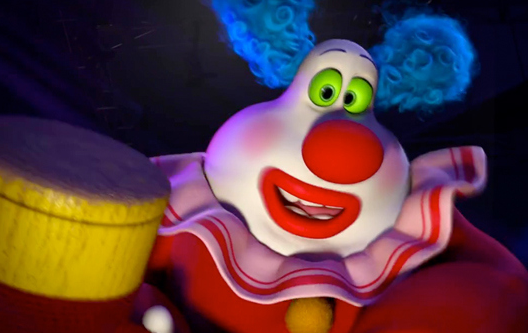